We all have our favorite television shows that we enjoyed watching while growing up. It’s worth mentioning that the “Fresh Prince Of Bel-Air” is definitely up there on many people’s list. Back in 1990, the show first aired!

For the first time, it allowed Will Smith to transition over from music to acting, and the show introduced us to so many characters that we were able to see ourselves in. Starring alongside Will Smith was Alfonso Ribero, Tatyana Ali, James Avery, Karyn Parsons, Janet Hubert, Daphne Maxwell-Reid, Joseph Marcell and DJ Jazzy Jeff.

There are tons of episodes that have gone down as classics. The show went on to last for a total of six seasons before officially ending in 1996. 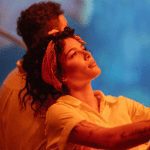