Don’t Be Late For My Funeral – Intro Video from Silver Bullet Films on Vimeo.

A couple of months ago Aden spoke to a representative from S.W.I.F.T (Sisters Working in Film and TV) ahead of their trip to the Berlin film festival. The #HeartBreakfast team caught up with one of the delegates again, Diana Keam, who’s currently working on a biographical documentary feature film about the mother, within a South African context and from her perspective as a white South African growing up in Apartheid South Africa, who was ultimately raised by the family’s black housekeeper, Margaret Bogopa Matlala.

Take a listen to the podcast below. Margaret and Diane join Aden Thomas in studio.

Diana Keam is mother of 3 children – all in their 20’s. She has worked in the film industry all of her adult life after completing a degree in Speech and Drama. An assistant director and producer since her early days, Diana has worked with some of the top directors both locally and internationally and in most formats from Feature films to online content. A few years ago she co- founded a boutique Production company called Silver Bullet Films, a small team with a lot of Passion and combined experience. Her latest Project is entitled “Don’t be Late for my Funeral” which delves into the life and family of her ex nanny Margaret Bogopa Matlala, who worked for her family for 3 generations.

Yet another off-duty police officer killed in Cape Town 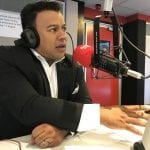 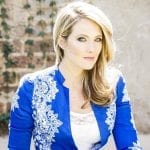