Margery de Lange, or “aunty Margie” as she is so affectionately known, runs a creche for the children in her neighbourhood. The seventy [70] year old granny has been a god-send to parents in the impoverished town of Atlantis who have no means to place their children in sought after day-care.

In 2002 Margery was retrenched and found herself unemployed with no work prospects in the foreseeable future. She was distraught and had no idea what would happen next; still with her own children at school and financial obligations to meet.

Then, as if by some miracle, one of her Sunday School past pupils knocked on her door when she heard of aunty Margie’s recent layoff. The mother of two asked that she considers looking after her children as she could not think of anyone better to entrust the care of her children to.  Without hesitation Margery agreed to be their day mother. It soon became apparent that there was an urgent need for child care in the community and within weeks the word had spread and there were 20 children placed in her care. Today, there are over 60 kids on the premises.

Aunty Margie has run this day care since 2002 from her own home and later had no choice but to convert her home garage into a classroom and the addition of Wendy houses in the back yard, to accommodate the number of children needing day-care from her home. The house, over four decades old, has been neglected and the back yard has become a dumping ground for rubble. Rooms are over-crowed and the heart of the establishment, the kitchen, is falling apart.

Although she says she may not have much to brag about, Aunty Margie takes enormous pride in the way in which she cares for all these kids. She cares for them as if they were her own and insists on feeding them the nutritional meals, she would serve her own family. She feels the least she can do is ensure none of her kiddies go home hungry. They are fed cooked meals every day, with mid-morning and mid-afternoon snacks in-between.

As part of the 16 Days for Youthinitiative, project manager, Denver Apollus, was made aware of this day-care centre when scouting the area and speaking to the locals. He was shocked at the state of the facilities but what struck him the most, was how much love and care this grandmother has for the children in her care. She provides an invaluable service to the community at a mere R320 pm (for those who do pay) and parents are desperately in need of her services in order to be able to work.

Volunteers and donations streamed in yesterday to what felt like an episode of Extreme Home Make Over: Home Edition. Volunteers came to lend a hand, clearing the rubble, cleaning the house and making food for the locals. Donations flooded in of furniture, appliances, even a new playground was built in the now cleared back yard. Aunty Margie’s kitchen was stripped and renovated, refurbished with new appliances and her fridge, grocery cupboards and freezer stocked with food.

Aunty Margie was dumb-founded and had no idea what was happening around her. She was teary all day and overwhelmed by the generosity of the Heart FM listeners, clients and team of volunteers. As with every recipient, the station conducts a very thorough enquiry into the circumstances. From the financial management to the health & safety of the recipients. Aunty Margie’s situation will be closely monitored, and assistance will be provided in the long-term.

For more information about the initiative, go to http://16daysforyouth.com/

There's been a sharp increase in the number of new coronavirus infections in SA, with more than 18 000 new cases recorded 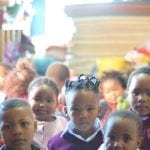 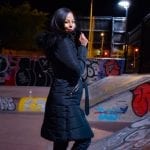