Psychologists showed 1,000 people, who were photos of women wearing various degrees of makeup and asked them to describe them with adjectives.

Over the course of four experiments, they found that the women with heavier makeup were described with less empathy and warmth, and more like objects.

Those who wore heavy eyeliner were described as the least warm and the least competent. Women who did not wear eyeliner were seen more favorably, even if they wore bright lipstick and/or heavy blusher.

In the research it was suggested that heavy makeup caused a subtle form of dehumanisation, regardless of participant sexual orientation.

Women are often perceived or judged based on their looks before they even start speaking, whilst judgement is often reserved for men until they engage with them.

This conversation is not about how much makeup is too much make-up, but why do so many women feel pressured to wear make-up at work? Let’s hear your thoughts? Send it to 082 222 1049, we’d like to hear your opinion on this. 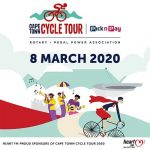 Cape Town Cycle Tour History, All You Need To Know 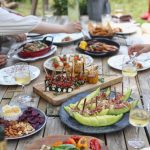 To Pay Or Not To Pay?