“The Voice SA” season 2 winner, Craig Lucas, came out to the world that he is gay. Craig joined Aden Thomas on #HeartBreakfast and opens up about his history of depression and mental illness in his family, and he also talks about losing his father to suicide at the age of three.

“Suicide and mental illness runs in my family, especially amongst the men. My dad committed suicide when I was three. A number of other family members did too… The death of my father planted a seed in my mind. Those seeds had sprouted…,” he shared. In the letter to the public, he expresses a moment that he felt in 2011,when he realised that he was in love with a man, and the battle he fought within himself for years when he realised that he was a gay man.

The bond between him and the other man developed into a really strong bond – one he perceived as a strong friendship. One day, however, Craig realised that the feelings he felt for the man were more than that of a simple friendship.

From the letter…..“…Our conversations started becoming deeper with every drink. Stares lingered just a bit longer than normal, our seats moved closer and time seemed to slow down with every shot of whiskey. I found myself fixated on his eyes and his nose, and on his lips – the way his top lip curved like the ebb and flow of the ocean, how the creases danced over the skin like folds on a rose; his lips parting and then meeting with every word he said like the wings of an eagle in flight – virile but tender, crude but graceful. I was so enamoured that often I didn’t even hear what he was saying, but it didn’t matter.” Later, Craig started dating a man, whom he fell head over heels involve with, fighting battles and depression in his head, he continued to stay with his partner.

During The Voice SA people started telling him to keep the fact that he was in a relationship with a man a secret – “the audience is conservative” “no one will vote for you.” So I did, and I won. “I’m glad I listened to them” I thought. People then said “no one will buy your music if they think you’re gay” “girls are your biggest market, you will alienate them.”

So he hid the fact that he was in a relationship with a man, and he won the competition. But a year later, and despite his flourishing musical career, Lucas was still battling with depression and suicidal thoughts. And decided it was time to stop “hurting those he loved” and to stop “living a lie”.

“My dreams had come true. I was in a relationship with an amazing man. My career was flourishing. I was wholly depressed. Suicidal thoughts plagued my mind. I’d become a very angry man,” Craig continues. “Hurt people really do hurt people. I hated myself. I was wasted every other day. There was even drugs. I’d forgotten myself. I’d forgotten that I was smart, talented, funny and kind. I’d forgotten that I was loved. It took me hitting rock bottom once more to realise that I’d been living a lie,” he wrote. And so he put his “words to paper,” and told the world that he’s ready to be happy, and will accept whatever follows. We love and support you Craig, we commend you on your bravery and strength. We are so inspired by your honesty! 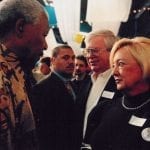 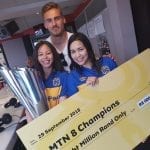 THE CHAMPIONS SHOWCASED THEIR SILVERWARE IN STUDIO ON #DRIVE326