CPUT has weighed in on the eviction of students from a private student residence in Bellville.

It’s understood that 14 students were removed for their involvement in protests.

The institution claims that they caused about R1 million damage to property.

At least 9 students have been released since they were arrested.

Currently, the evicted students are believed to have set up shelters on the lawns outside the residence.

CPUT spokesperson, Lauren Kansely, says the charges against the students are serious.

“Some of the accusations against protesting students include holding staff member’s hostage, endangering the lives of the building manager and his family and stoning vehicles.

CPUT respects the service provider’s right to take legal action. And similarly, we must also protect the rights of the majority of students and staff to live, work and study in peace without the fear of being intimidated by a minority group”. 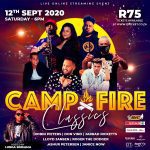 #CampFireClassics is NOT to be missed!! 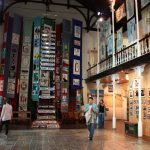 Help us save The District Six Museum