According to the University of Cape Town (UCT) Lung Institute, the amount of pollen in the air is 14% higher than it was decade ago. Pollen counts worldwide are predicted to quadruple in the next 20-30 years. Cape Town’s pollen count has reached new records this year.

Prof Jonny Peter, Head of the Allergy unit at UCT’s Lung Institute says that 20-30% of the South African population suffer from pollen allergies. This is mainly because pollen is difficult, time-consuming and expensive to monitor. According to Peter, the last time pollen was monitored in other parts of the country was in the 90s, meaning that the country does not have a long term prediction for pollen count.

The Institute has partnered with Clicks, Twinsaver, Thermo Fischer and A.Vogel Echinaforce for greater funding to monitor pollen, and have since extended pollen monitoring to seven of the ten biomes in South Africa. They have also created an official pollen monitoring website for South Africa, that releases weekly reports on pollen count and are running a crowdfunding campaign to get the public involved.

If you would like to donate to the pollen monitoring cause or learn more, please visit pollencount.co.za 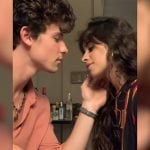 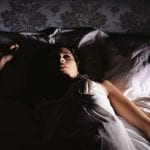 Do you suffer badly from Anxiety? Here’s what we discovered about chronic anxiety sufferers