It all began with a leisurely breakfast in 1977. The breakfastees – engineer Bill Mylrea and architect John Stegmann – can even remember what the breakfast cost: a princely R1. The subject was cycling, cycling safety for the small number of recreational cyclists who travelled the roads of the Western Cape, and mobility for the masses.

What Cape Town needed as it expanded apace, more than anything else, was a network of safe and efficient cycle paths that would keep riders safe and allow commuters to get to and from work swiftly and in one piece. After many years of submitting, pleading, begging and cajoling, these efforts were getting nowhere, mainly thanks to government’s lack of will, and partly because of lack of kickbacks. Not even a 3 000-signature petition could persuade the Department of Transport to just look into the possibilities. It became clear that the established cyclists needed to revolt. And so they did. Mylrea and Stegmann created The Big Ride In.

Held under the auspices of the newly formed Western Province Pedal Power Association (now called PPA) in 1977, it set out to demonstrate that, actually, a lot of people rode bikes. And so they did, with hundreds riding into the Cape Town CBD, to the City Hall, the Grand Parade, Adderley Street and the Foreshore. Included in their number was the mayor, John Tyers. And it was impressive, to all but the relevant authority, which still saw no future for bike paths. From this hugely unsuccessful success was born the Peninsula Marathon – a gruelling event that would, according to the experts at the WPPPA ‘require at least two months’ preparation’. They even went as far as recommending: ‘Unless you are able to spend R300–R500 on a super machine, your best bet is a ten-speed tourer (with drop handlebars, if you like) for around R100 new, or R50–R75 second-hand.’ The Peninsula Marathon never saw the light of day, as an event. In late 1978 legendary Cape Town mountain biker and potter Steve Shapiro harangued the marketing folk at The Argus (where he was working at the time) to get involved.

It was to be a mass-participation event open to all who wanted to enter. That second bit was important: this was a trying time for forward-thinking sports administrators, and actually for forward-thinking humans. From the outset, the organising committee wanted the Cycle Tour to be an official, sanctioned event, but no matter how much the Department of Sport loved the idea and wanted a part of it, their proviso that it only be open to white participants remained a stumbling block, to the degree that Mylrea was forced to write the department’s representative an extremely polite letter in the build-up to the event, telling him that this was a non-segregated event. This was brave stuff in the late 1970s, when BJ Vorster and PW Botha were ruling the roost. But the spirit of cycling, and its inclusivity, prevailed, and on 28 October 1978 over 500 cyclists left the start line outside the Castle in Strand Street.

The route we know and love today almost didn’t happen, on a number of levels. Initially, a number of options were looked at – northwards to Melkbos and back; out to Paarl for a 250–300km return trip; at one point it was even going to be a two-dayer – before the founding fathers settled on a start as close to the City Hall as they dared, before heading south along the newly built Blue Route freeway and on down to Simon’s Town. From there, the initial plan was to head into the Cape Point Nature Reserve, turn around at the farthest point, and for the riders to return whence they came.

Unfortunately (or fortunately, if the thought of 35,000 riders negotiating that narrow reserve road in two directions is too scary), the managers of the park, SANParks in today’s parlance, threw their toys out of the cot, and rather than kowtow to yet another quasi-government department, the organisers decided to bypass the entrance to the reserve and head through Misty Cliffs, over Slangkop and then Chapman’s Peak and Suikerbossie, before finishing at the lamp-post opposite what is now The Bay Hotel (it was called the Rotunda in 1978), where a pair of tables welcomed finishers.

The plan was to start with a bang – the SADF was persuaded to ‘fire’ a cannon from one of the Castle ramparts; in reality, they agreed to put a thunderflash in what looked like a cannon. At 07:00, precisely nothing happened, as those entrusted with our national safety failed completely to ignite the glorified firework, housed in a cannonesque steel pipe that was also packed with flour to simulate smoke. After some muttering, a second attempt was made, with disastrous effect as the entire contraption blew up. Thankfully nobody was hurt, and the first batch of riders – the non-registered – got under way.

From its infancy, the Cycle Tour set standards in world cycling, and world sport. This was to be the first time that the average Joes would race the same course at the same time as the officially sanctioned racing cyclists. The world and national governing bodies were, and still are, dead set against this happening, for any number of nonsensical reasons, but the organisers were determined to have a celebration of cycling for all cyclists, so the split-group arrangement was instituted to great effect. The event would separate the two well into the 1990s, and the federations are still, regularly, threating ‘their’ riders with dire consequences if they ride this unsanctioned monster, 41 years later. Thankfully, sense prevails each time, unmentionables are unknotted and the biggest timed bike race in the world marches on.

This is an excerpt from Cape Town Cycle Tour, the authorized history of the world’s greatest bike race, available in our online souvenir store. Buy your copy here – 312 covering every twist in the event’s history, all the winners, stars and celebrities and a whole lot more. 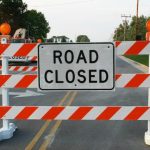 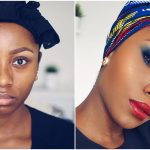