Over the weekend, Energy Minister, Gwede Mantashe gazetted amendments to the regulations.

But the City says it still needs to clarify some matters.

The Municipality has been in a long-standing battle with national government over the issue.

Earlier in 2020, the courts refused to rule on the matter, and ordered the City and the department to negotiate a solution themselves.

Now, Municipalities in good financial standing can purchase power from suppliers other than Eskom.

But Mayor Dan Plato says the rules aren’t clear on the municipality developing its own power projects.

Plato is also concerned about other issues that could cause long delays.

“The status of own generation (municipal generation) projects is unclear, with the new regulations referring only to buying and procurement of electricity and not to own generation.  It is not clear what timelines will apply to the processing of municipal applications by the Department, especially the time for review of feasibility studies, and this needs to be clarified to ensure implementation without lengthy delays” 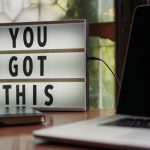 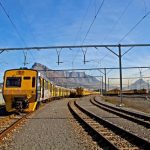