Brian McFadden (born 12th April 1980) is a singer-songwriter and TV Presenter from Ireland. He began his singing career as a member of “Westlife” in 1998, during which time they achieved twelve number one singles.
Brian left the group in 2004 to pursue his solo career. He released his debut album “Irish Son”, with the first single reaching No.1. In 2005, his third single “Almost Here”, became another No.1 hit and went platinum.
Brian is currently working on brand-new solo concept. He is recording and producing a new album collection of soul classics. The first in the series will be released at the end of October 2018 and will be a tribute to soul legend, Otis Redding.
In November, Brian will be embarking on a full live tour “Brian McFadden – Soul Jam”, which will see him backed by a full nine-piece band. He will be performing tributes to great soul artists and will, of course, include Westlife hits in the set.
The Cape Town Shows are :
Spier Wine Estate, Cape Town on 17th and 18th of November 2018
Brian is excited about the project and going back to his love of old-school soul. It will showcase his voice at it’s very best.
#HeartBrunch
Latest Show Content 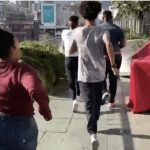 Can you run walk? Aden Thomas explores the sport with the Western Province Race Walking Commission 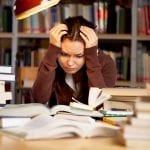 Our Kids need our Support through Exam Stresses