“Sending love & congrats to @LilNasX on breaking one of the longest running records in music history!” Carey tweeted, alongside an illustration of her literally passing the torch to Lil Nas X. “We’ve been blessed to hold this record with a song that means a great deal to @BoyzIIMen and myself and has touched so many. Keep living your best life!”

LilNasX sent a message right back to Mariah saying ” LEGEND❤️” 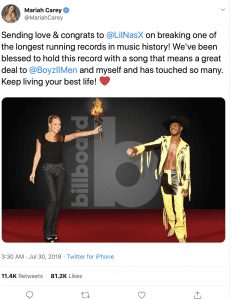 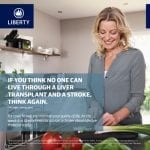 Life is for Living 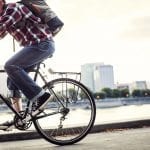