Ungermann’s three masterclasses will revolve around:

The two-hour masterclasses will take place at Capsicum Culinary Studio campuses in Pretoria on 11 March, in Johannesburg on 12–13 March, in Port Elizabeth on 15 March, in Cape Town on 18–21 March and in Durban on 25–27 March.

In 2017, he decided to pursue his dream of a life in food on MasterChef Australia. Dubbed the ‘ice cream king’ by his fans, he and his brother Danny opened up Ungermann Brothers retro ice cream parlour in Ipswich near Brisbane, Australia last year – it is run and operated by the Ungermann family.

Since MasterChef Australia, Ungermann has been travelling the globe – from Japan to England and Indonesia as well as his homeland in the Netherlands – giving masterclasses. 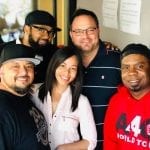 All For One Live in Studio with Suga 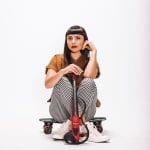