This morning Irma G spoke to Lisette, Senior Account Manager for MTN. Lisette spent the last few months spreading the love by taking it upon herself to drive the initiative of collecting bras for the countless and staggering amount of woman in need of this essential item. Bras, a bare basic for any woman. Over and above her impeccable commitment to her vision she has spent many a weekend driving around collecting bags of bras from members of her local community. We think it is an understatement that Lisette has achieved far more than she anticipated and received
great support from those she connected with on her various social media platforms. Lisette partnered with ZABRA in support of Breast Cancer Awareness Month.

Her passion is collecting bra’s, used or pre-loved. She started this in June this year when she was cleaning out her cupboards to donate clothing to charities and she wondered what she could do with her old bra’s.
She went online and found an organisation called ZABRA a free bra initiative. They are cup holders who collect the bras from donors and gives them to charities and organisations of their choice in SA.

Lisette started looking for other avenues to get donations from, and extended the invitation to her neighbourhood, facebook page and her local ladies gym. She gave herself a target of 300 pre-loved bras in 3 months and managed to get 525 which she has recently handed over to her local cup holder.
Lisette explains that its a wonderful initiative, because so many women in SA cannot afford to buy themselves or their daughters bra’s when their priority is to put food on the table and it cost’s nothing to donate your old bras.

We SALUTE you Lisette!

If you would like to get donate pre-loved bra’s especially during breast cancer month, you can go onto the ZABRA Facebook page and collect all the details from there. 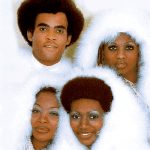 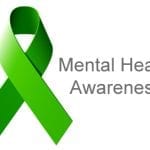