Ashur Petersen, son of the late Great Dr. Taliep Petersen, is a 27 year old up, award Winning South African entertainer and recording artist. Ashur started his musical journey at the age of 6 years old. At the age of 9, he started playing the guitar and is self-taught in many other instruments such as the drums, piano, bass guitar, trumpet, banjo and the ukulele to name but a few. He matriculated from Wynberg Boys High School in 2010, and he then went on to study at the University of Cape Town for his BMus. Ashur has found himself in the world of theatre where he has put on productions at the Baxter Theatre, Artscape Theatre and Grandwest, Grand Arena which were all a huge success and became the youngest person in South Africa to sell out all these venues. Ashur has found his musical attributes and landed himself on the Voice South Africa Season 3. As Ashur continues to walk in the footsteps of his father hoping to be just like him or if not, better.

CLICK HERE TO LISTEN TO THE INTERVIEW BETWEEN SUGA AND ASHUR: 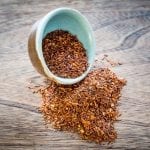 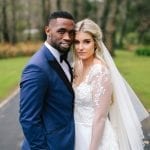 Rachel is the Talk of Social Media…AGAIN