This actress who born and raised in Greenhaven, Mitchell’s Plain in Cape Town and after matriculating at Pinelands High in Cape Town, emigrated with her family to NZ in 1999. She worked as a model and became an actress in NZ, where she landed a lead role in the international TV series, Spartacus. In 2010, she made the move to Hollywood and has since starred in various TV shows such as Chuck, CSI: NY (alongside singer Ne-Yo) and Gotham before landing her big TV break as a regular cast member on the hit show, Lucifer.

Mazikeen definitely struggles with her feelings towards Linda having a baby and where she fits in. She is still kicking ass and doing her thing.  She has an interesting moment with Eve (Inbar Lavi) where she questions her feelings and realizes that she can actually love someone.

Hot on the heels of taking the number two spot as the sexiest accent in the world Afrikaans made a cameo in the new season of Lucifer. Season 4 dropped on Netflix on Wednesday, and everyone is talking about the demon Maze’s language Lilim. 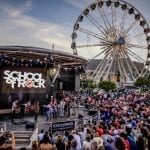 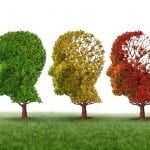