We know Amy for her sensational and raspy voice!

Amy Jones was one of the standout performers at the sold-out show with Don Vino at the GrandWest Grand Arena in Cape Town – which celebrated his 20 years in the music business. She’s released a single entitled “Get a Little”, which is a good follow-up to the EDM hit she had with Cinimin called “You and Me”, which is charting on all stations nation wide!

This time round she’s bringing some soulful house to the airwaves, a fresh summery feel. Amy’s NEW track is called ‘I Wanna Know’.

If you missed the interview with Suga, have a listen to it here: 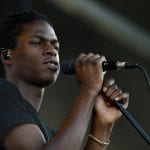 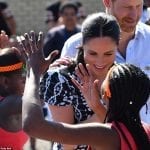 The Royal couple spent the day in Nyanga with Boxing Coach, Allen Chizungu