ALL FOR ONE – PERFORMING AT MUSIC ALLA KAAP

The very successful Cape Town concert series Music Alla Kaap is back in 2019 with this incredibly diverse all-star line-up. In its 6th year, Music Alla Kaap has become a must-see event on Cape Town’s social calendar and now coming to Johannesburg and Port Elizabeth. This year’s show promises to be all and more featuring international award-winning group, All-4-One.

All-4-One: If you’ve ever been in love, then you’ve heard the name All-4-One and their timeless songs “I Swear”, “I Can Love You Like That”, “So Much in Love”, “I Turn to You”, “These Arms”, “Beautiful as You” and many more. The Grammy Award winning group All-4-One is internationally known for making beautiful love songs that not only chart radio airwaves, but also garner countless awards. All-4-One’s very first single “So Much in Love”, scaled to RIAA Gold Sales and top 5 pop status.

Pictures such as the hilarious Ryan Reynolds comedy Just Friends, The Social Network and Nothing to Lose. Their popular holiday album, “An All-4-One Christmas” is just icing on the cake, also at platinum status. All-4-One has recorded duets with legends such as Julio Iglesias and Kenny Rogers.

Celebrating their 25th Anniversary this year, All-4-One continues to tour the world as the original members, (Tony Borowiak, Delious Kennedy, Alfred Nevarez and Jamie Jones) and a collection of hit songs under their belt. 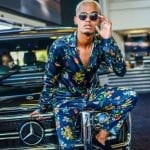 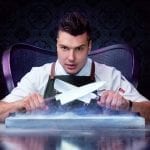