Aden Thomas pays tribute to a young man who lost his life aimlessly this weekend and reflects on the interview he did with JC Lee Martin in June of last year.

Aden received a Facebook post from the Wesley United Football Club, saying that a former under 16 player, JC Lee Martin, had been stabbed to death over the weekend. The Heart FM team had met JC and his mom, Natalie, last year during our 16 Days For Youth initiative. On the morning of the 7 June 2019, Aden and the team broadcast from Project U-Turn, a non-profit that equips the homeless with skills to overcome homelessness.

One of the homeless which the project assisted in turning her life around was that of JC’s mother, Natalie. Aden Had interviewed Natalie about her remarkable story, from active addict, homeless and abandoned – to changing her life for the betterment of herself and her son, JC.

At the time this interview took place, Natalie had become employable, she had become sober and the most beautiful part of the story was seeing the reconnection between her and JC, her son.

Sadly, JC lost his life this past weekend in a stabbing incident and Natalie lost her beautiful boy. In paying tribute to this brave young man’s life, Aden replayed the below moving interview. Take a listen.

We at Heart FM send all our love, thoughts and condolences to Natalie and her family during this horrific time. We will always remember JC’s beautiful shining spirit.

Who makes the BEST fish and chips in the Cape?

Aden finds out more about The Hangberg Walking Tours #HeartBreakfast 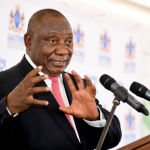 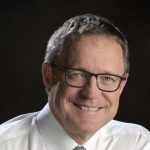 Aden Thomas chats to Economist, Dawie Roodt about his outlook on the world #covid19