Political Pitch: Interview series with the premiere candidates for the Western Cape over the next couple of weeks.

The aim of this exercise is to give as many, if not all political parties a platform, specifically the premier candidate an opportunity to tell us what the key issues they’d be addressing in the Western Cape. Aden spoke to the premier candidate, who is also the leader of the Cape Party, Jack Miller…

The party was founded in 2007.  The party wants the Western Cape to be an independent  state. It also believes that the system that elects representative to parliament through political parties has failed.

The Cape Party stands for greater economic and political independence
for the Cape.

We are being robbed economically.
We are being racially and culturally oppressed.
It is our choice! We can end this and build a prosperous country!

If the ANC-controlled South African government will not negotiate with us to stop its policy of persecution against the Cape and its people, then we will be forced to pursue our only option…

Through legal and peaceful means we will strive towards a democratic referendum in which we, the people of the Cape, may decide our own future and destiny as an independent state… The Cape Republic.

Aden Thomas spoke to the premier candidate, who is also the leader of the Cape Party, Jack Miller… 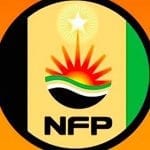 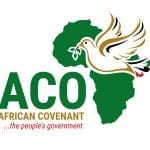