During the national 16 Days of Activism for No Violence Against Women and Children campaign, 1st for Women Insurance will shine a light on women abuse by projecting 15 haunting tributes to victims of brutal murders, rapes and femicides on to very dark places – the actual locations of these crimes.

To tell us more about the initiative, we’re joined on the line by  Marketing Manager at 1st for Women, Casey Rousseau…

Have a listen to the podcast here with Aden and Casey 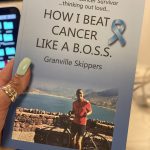 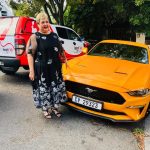