According to StatsSA 2017 figures, young people aged between 15 and 34 years, make up almost 25 million of the country’s population. The IEC said in January, when launching its Xse campaign to encourage the youth to vote, that young people aged 18-19 make up only 16% of the voters roll, which is a sharp decline from 34% in the 2014 national elections.

Fifty-four percent (54%) of Activators are engaged in influencing socio-economic and political policy. This may be within local government structures, university campuses, or civil society organisations. Activators are politically aware, politically conscious and active. The Activate Network believes that their vote could make a difference; compared to the national average in South Africa where only 40% of the youth felt that their vote could have an impact (IEC voter participation survey, 2014).

To get the youth to vote, political parties need to really understand the issues that concern the youth and which create voter apathy, in order to meaningfully engage with this powerful demographic and make them feel as if their vote has an impact.

A deeper look into ACTIVATE!

ACTIVATE! Change Drivers is a national non-profit organisation in South Africa with the primary objective of equipping the youth to become active citizens, in order to influence and provoke positive change in their communities.

ACTIVATE! has trained and empowered over 3000 young South Africans in previously-disadvantaged communities, since it was launched seven years ago, creating a network of young change agents that have a daily impact in their communities.

ACTIVATE! intends to raise the discourse around important youth issues in the lead up to South Africa’s National Elections, 8 May 2019. These issues include:

ACTIVATE! spokespeople are on standby for interviews on the YouCount research recently conducted to show the efficacy of ACTIVATE! change programmes in South Africa. ACTIVATE!’s youthful change drivers have in total contributed R31 million worth of free volunteer hours to the South African economy to create social change; the majority intend to vote in the National Elections on 8 May; and they are engaging with democratic structures in their communities, driving change at a grassroots level. 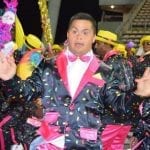 We Need to Encourage Each Other to VOTE and This Why