Three people were arrested for the kidnapping of Amy’Leigh, who was snatched from her mother’s car at the Laerskool Kollegepark in Vanderbijlpark. One of the three people arrested for the kidnapping is a teacher at her school, News24 reported earlier. The teacher was “known to the family”, Amy’Leigh’s father Wynand de Jager told News24 on Thursday. Two other sources, a parent and a family friend, who wish to remain anonymous, told News24 the suspect was a personal friend of the De Jager family.

Four men drove off in a white Toyota Fortuner after they snatched Amy’Leigh from her mother’s car at the school. Police launched a manhunt while her distraught parents waited at the Vanderbijlpark police station for any news. Amy’Leigh was dropped off by her kidnappers between 02:00 and 02:30 on Tuesday on a street close to the Shakespeare Inn Hotel in Vanderbijlpark. Two people – a man and a woman – took her to the Vanderbijlpark police station, where she was reunited with her parents.

The three suspects were in police custody and were expected to appear in the Vanderbijlpark Magistrate’s Court on Friday. 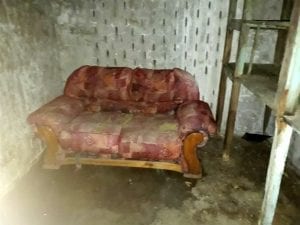 (Where Amy’Leigh was held after she was kidnapped) 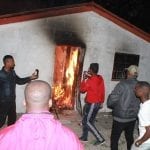 Bring back the Death Penalty they said… 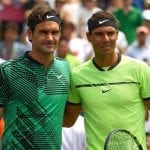 Were you one of the Fans that missed the Tickets for Federer and Nadal Game?