A limited number of trains have resumed in Cape Town on Wednesday morning.

Metrorail began the trial operations which will end on Friday.

The trains will only run on the southern line, between Cape Town and Retreat.

The trains have been suspended since the start of lockdown later in March.

Commuters who are not wearing masks, won’t be allowed to use trains.

Physical distance markers are in place, from the platforms to inside the train carriages.

No eating or drinking on the trains will be allowed, and informal traders are prohibited.

Metrorail says security guards and marshals will be visible to help enforcement these strict new measures. 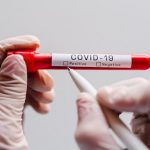 The Covid-19 death toll continues to rise in South Africa

We have finally reached the year 2020 – which means some of our favourite movies from 20 years ago are set to have an important anniversary.