Fresh allegations of gross mismanagement have been levelled against the City of Cape Town, over the controversial Strandfontein shelter site.

It’s emerged that one resident tested positive for the corona virus last week.
On Wednesday, a group of around 30 residents were told to pack up, as they were going to be put in isolation.
The group was transported by bus to Blouberg, but upon arrival, told there was no notice of their stay.
They were then transported to a site in Melkbosstrand, only to be told the same thing.
In the evening, the group was eventually sent back to Strandfontein, joining the other 100-odd residents – who’ve also reportedly been turned away from the Culemborg site.
The spokesperson for the Strandfontein Homeless People’s Action Committee, Carlos Mesquita said that it took over a week for city officials to screen, test or isolate potential virus carriers, after the one patient was identified.
He added the entire homeless shelter process has felt like a shunting of responsibility from the city’s side.

Meanwhile, the City refused to respond, saying the matter is still in court.

There's been a sharp increase in the number of new coronavirus infections in SA, with more than 18 000 new cases recorded 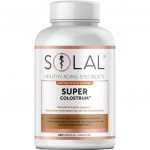 SOLAL – The side effects of taking diabetic mediation