Cape Town police have made a major drug bust, which has resulted in a seizure of cocaine worth more than R30 million,  and an arrest of a 37 year old suspect.

The Monday’s bust follows a tip-off received by the Hawks, about a truck carrying a container loaded with drugs on the N1.

Authorities stopped the truck at a petrol station, and found a total of 38 bricks of cocaine each weighing 1 kilogram.

It’s believed that the container came from abroad and was heading to Cape Town, and the suspect is expected to appear in the Blue Downs Magistrates Court on Tuesday.

Last week, a 30 year old man was arrested for possession of drugs worth more than R6 million, in Durbanville.

What is National New Friends Day?

Sanitise what you receive online and wear your mask too #Covid19 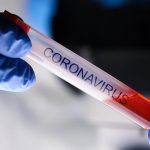