PENGUIN CONSERVATION IN ACTION AT PENGUIN PALOOZA IN BETTY’S BAY

On Saturday, 27 October 2018, the Southern African Foundation for the Conservation of Coastal Birds (SANCCOB) and the provincial biodiversity conservation authority in the Western Cape, CapeNature jointly hosted their third Penguin Palooza at the Stony Point Nature Reserve in Betty’s Bay. This annual event forms part of the month-long October celebrations focused on creating awareness of the endangered African penguin (Spheniscus demersus) and marine conservation.

Proceedings will commence with an official opening address in the morning, attendees were led to the colony area to watch the tipping of boxes to release African penguins back to the wild at the Stony Point penguin colony. Amongst these are birds who will have been hatched from eggs and hand-reared at SANCCOB’s Table View centre or rehabilitated due to injury or illness.

The iconic and endangered African penguin is the only penguin species to naturally occur on the African continent. It was once one of South Africa’s most abundant seabirds, but has suffered a massive decline in numbers with only 2% of the historic population left in the wild today.

Dr Razeena Omar, Chief Executive Officer of CapeNature, the management authority of Stony Point, says, “This penguin colony is of national, as well as international, conservation significance for the African penguin species as it currently supports more breeding pairs than the three coastal islands in the Western Cape combined, namely; Dassen, Dyer and Robben Islands. These three islands were traditional ‘strongholds’ of African penguins and other breeding seabirds. Our partnership with SANCCOB to protect and conserve the species includes the joint employment of a Penguin Ranger to monitor the colony and transport sick or injured birds to SANCCOB for rehabilitation. Omar adds that this partnership provides a platform for CapeNature and SANCCOB to publically share its collaboration and have members of the surrounding communities engage and support the organisations.

The blues were all admitted as abandoned chicks. Their parents went into moult and could not care for them. A positive highlight for this year’s event is that it will be the first time stepping into the wild for these young birds – as the only natural experience would have been in their nests.

Next Act for the Heart Cape Town Music Festival… 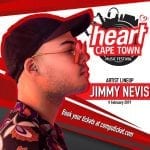