Former president, Jacob Zuma says he doesn’t know why he’s being taken to court when he hasn’t done anything wrong.

He appeared briefly for the first time in the Durban High Court on Friday.

His case has been postponed until June.

“I still have full rights like everyone else,” Zuma told supporters.

The State says it’s ready to proceed with the trial and has given a date for the 12th of November.

But Zuma’s lawyers will first be challenging the National Prosecuting Authority’s decision to reinstate the charges.

Shootings on the Cape Flats leave one man dead, another wounded 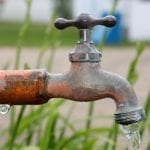