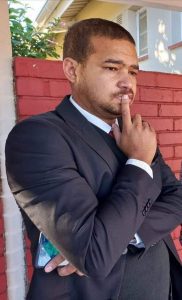 And the Western Cape Education Department says it’s nonsensical to harm a learner’s future by putting forward such demands.

This comes after a group learners protested at the school on Monday – following the arrival two WCED employees to start work there.

The department’s Bronagh Hammond says they were meant to stabilise the school until a permanent principal was appointed.

But the unrest stems from learners’ and parents’ unhappiness with Neumann’s sacking.

In 2020, he was found guilty of six charges of misconduct, because of his refusal to re-open the school during the COVID-19 peak.

Hammond says the disruption led to a further loss of teaching and learning time.

“We have contracted an independent facilitator to engage with the School Governing Body, educators and staff with the view to ensuring peace and stability at the school. We also call on all the parents to assist us in stabilising the school by ensuring their children prioritise their future learning opportunities by not participating in the illegal or destructive activities”.