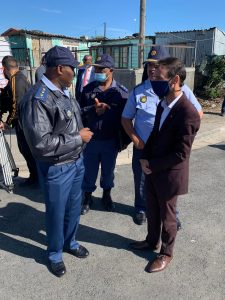 More than 400 mass shootings have been reported in the Western Cape between June 2019 and December 2021.

This was revealed by SAPS in a parliamentary written reply to Community Safety and Police Oversight MEC, Reagen Allen.

The top brass defines mass shootings as three and more people having been shot in a single incident.

This report comes after three people were gunned down in Mitchells Plain on Sunday, 15 May 2022.

It follows several other incidents that have been reported in the Khayelitsha over the past few months.

He adds that they’ll continue working with the police to ensure that criminals face the full might of the law.

“Along with our LEAP intervention, it is prudent that when arrests occur, convictions follow — as this will send a strong and clear message to perpetrators. We also call on society to assist us and report these incidents so that these and all other types of  crimes can be eradicated.”