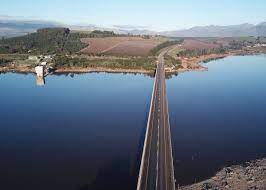 Last week’s heavy rains may have caused problems for many – but they also generated a huge jump in dam levels.

Supply levels haven’t been a big concern in the Western Cape recently.

There has, however, been a growing awareness that they were falling further and further behind last year’s figures.

But the Department of Water and Sanitation says the collective storage in the six largest dams in the Western Cape jumped by 7% points in the past week.

A dry winter could still bring challenges, but this one week of storms has already eased some of the worst concerns.