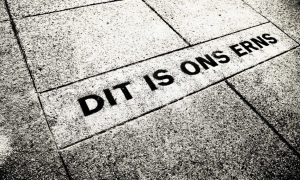 A political storm has broken out over plans to repurpose the Afrikaans Taalmonument in Paarl, to include other languages.

And its controversial Arts and Culture minister, Nathi Mthethwa, who’s at the centre of the anger.

He’s still dealing with the fallout from his plans to spend R22 Million on a giant flag.

Mthethwa apparently proposed a name change for the monument in March, but it only became public knowledge last week.

Another group killing reported in Khayelistha