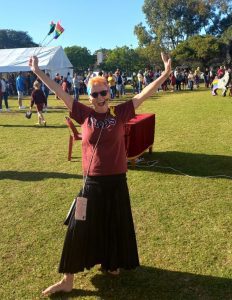 Two Cape Town schools have made the top ten shortlist to be named “Best School in the World”.

West End Primary in Mitchell’s Plein, and Pinelands North Primary have both made the shortlist in the category “overcoming adversity”. The category recognises schools that equip their pupils socially and emotionally to deal with a changing world. They’re the only finalists from South Africa.

West End is being recognised for devising programmes that help kids dream beyond the challenges of poverty, gangsterism and substance abuse. Pinelands North Primary is being hailed as a leader in creating a home for those who don’t fit a traditional and normative family structure. That includes gender-neutral uniforms, facilities, and sports – and the teaching of sign language from Grade 2.

Principal, Ann Morton has been there since 1997, and says it’s been a collaborative effort:

Winde and new Education MEC, David Maynier, helped the celebrations at Pinelands North with an enthusiastic contribution to the “Jerusalema” challenge:

Unplaced learners are now in school

Shireen Essop found and reunited with her family