Another Cape Town child has died in a fire, this time in #Khayelitsha.

City Fire and Rescue Service’s Theo Layne says the blaze erupted at a home on Nolubabalo Street on Wednesday morning.

The cause of the fire is undetermined,” says Layne.

Meanwhile, a fire at a block of flats in Belhar on Tuesday afternoon has left two young children dead.

The blaze broke out on the third floor of the flats on Chestnut Way.

The Son Koerant reports that it is believed the Belhar children may have been playing with fire matches near some plastic bottles before the fire erupted.

Tensions high in Zwelihle in Hermanus 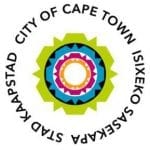