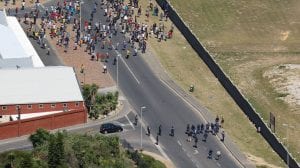 A total of 30 people have been arrested in connection with the violent land grab situation in Zwelihle in Hermanus.

But things quickly escalated over the weekend when the Red Ants were sent in to stop the land grab.

This has since led to violence and looting in Zwelihle, where the local satellite police station was partially set alight. 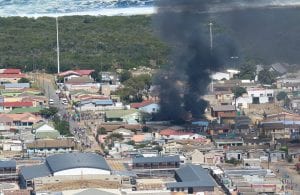 Cape police’s Frederick van Wyk says officers are out in full force, adding that “the arrested people will appear in the Hermanus Magistrates Court [Tuesday] on charges of public violence”.