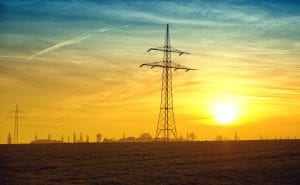 South Africans will have to wait and see whether or not loadshedding will continue this week.

Eskom management and three workers unions will be hoping to come to some sort of an agreement on a possible salary increase.

Workers have rejected Eskom’s offer of 0%; which is now said to be off the table.

Public Enterprises Minister, Pravin Gordhan seems to have almost single-handedly restored hope that a solution might be found.

Things started to come to a head two weeks ago when Eskom came to the second round of wage talks with an unrevised offer of 0% – a wage freeze.

Unions went in willing to be talked down from 15% and a series of other demands.

Increasingly tense negotiations stalled last week which led to pickets and protests at Eskom facilities across the country on Thursday.

Through that morning, there were reports of intimidation – and, by the afternoon, Eskom had stopped coal trucks from running as a result of safety fears.

It then announced load-shedding due to vandalism at several of its sub-stations and power plants.

On Friday, unions – notably Numsa – hit back, denying the claims – and even somewhat bizarrely accusing Eskom bosses of destroying their own facilities to discredit workers.

Power cuts were happening across the country, and negotiations had totally unraveled.

On Friday night, Gordhan stepped in and ordered Eskom’s Board, its senior managers and the unions to meet with him.

He came out of that meeting saying the 0% offer was off the table – that Eskom will offer something to workers.

Unions for their part had to admit that power cuts were in no-one’s interest and that operations would be normalised to ensure the security of electricity supply.

With the minister personally invested in the talks – and a promise of compromise from both sides; there’s a much better chance that an agreement can be reached.

A G4S cash-in-transit vehicle has been ambushed by criminals on Cape Town’s Jakes Gerwel Drive.