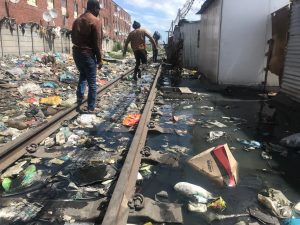 Some Langa residents living along the railway line may only be relocated around November, roughly four months after the court-mandated July 31st deadline.

This is when residents from the Siyahlala informal settlement were meant to be settling into the alternative piece of land.

PRASA says the relocation process has begun, but it will take place in phases – with the first phase to be completed later this year.

The rail agency’s Andiswa Makhanda couldn’t give any further details, firmly noting that it was not within the PRASA’s mandate.

“The Housing Development Agency, from Human Settlements, are the ones handling the relocation. They have their own schedule and timetable for the relocation. Our role is just to run the trains, and make sure there’s movement of trains – we recover the service, we return the services to the people relying on the Central Line.”

The recovery of the Central Line will also be done in a phased approach, with these sections being part of the first phase.

Makhanda, however, says the second phase – which is the route along Khayelitsha – may take longer.

Lwandle rocked by the rape of two minors