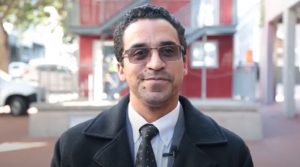 The DA’s interim provincial leader, Tertuis Simmers, says he feels humbled to lead the party in the Western Cape.

Simmers, who stands unopposed, will officially be announced as the new leader at Saturday’s elective conference.

He replaced Albert Fritz, who resigned following the allegations sexual misconduct against him in January.

Only the deputy leader position will be contested by four people, including Cape Town Mayoral Committee member, JP Smith.

Simmers says they’ve started with preparations for the 2024 elections.

“We have seen by reconnecting with voters [and] engaging voters, and they will see a lot more of that happening – by our public representatives, by our structures… We will [also] reconnect, rebuild and regain the trust across all sectors of society, because our voters are spread out across all sectors within the 30 municipalities.”