Separate shootings on the Cape Flats have left one man dead, and another wounded.

Western Cape police’s Andre Traut tells us that a 29-year-old man was gunned down in Bontehuewel on Wednesday night.

No one’s been arrested yet.

Meanwhile; a 22-year-old man has been arrested for a shooting in Manenberg which left one person wounded.

“CCTV footage confirmed the identity of the shooter, who is said to be affiliated to one of the gangs in the area.

Investigations are also underway into his potential involvement in other shooting incidents in the area,” adds Martin.

At the same time in the Southern Cape: Knysna police are looking into the death of an elderly man.

77-year-old, Anthony Turnbill who was reported missing a week ago, has been found dead with a gunshot wound to the head.

“The firearm belonging to the deceased was also found on the scene. But no foul play suspected at this stage,” says Spies.

A post-mortem will be done soon. 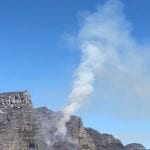 Suspected Table Mountain arsonist to remain in custody for another week