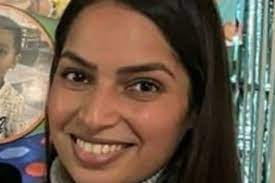 The 32-year-old mother from Maneberg was returned home safely and unharmed last week Friday, after reportedly going missing on the 23rd of May.

Her vehicle was found in Phillipi – but without any trace of her.

It’s understood that she was found by the Klipfontein Neighbourhood Watch at a local petrol station.

The police have launched an investigation surrounding her disappearance but won’t disclose any details at this point.

Allen says he’s thrilled that this story has a happy ending.

“ It’s pleasing to note reports that Ms Essop has been returned home safely and unharmed. SAPS is currently still investigating the circumstances around her disappearance. I’ve also been informed that the Klipfontein Neighbourhood Watch was involved in finding her. Having a NHW actively involved in this manner is what is meant by the all of society approach”.