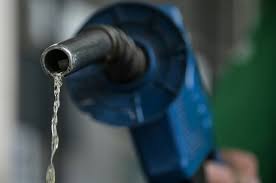 The Western Cape Government has called for the general fuel levy to be scrapped all together.

On Tuesday the national government decided to extend the fuel levy reduction until the 6th of July.

Followed by a decreased fuel levy at 75-cents, from the 7th of July until the 2nd of August 2022.

While this helped soften the blow of the increased fuel price, Premier Alan Winde says scrapping the levy will limit the overall impact it has on residents.

“ They need to slash the TAX on fuel prices because this affects the poorer people, our inflation rate, and affect the ability to put food on the table”.

Especially in light of the failing rail system and rolling blackouts.

“The increase in fuel not only affects motorists but public transport users and businesses who are finding it difficult to recover after being hit hard by the pandemic. I plead with Minister Mbalula to engage his cabinet colleagues, Ministers of Finance and Energy, and ask them to put the needs of our already struggling commuters and motorists first and stop the exorbitant tax rate on fuel that is imposed by the National Government.”