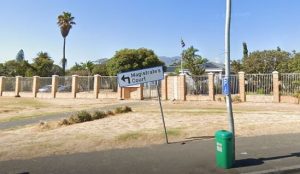 Three people arrested in connection with a murder case appeared in the Strand Magistrate’s Court, on Friday.

They were arrested after a 26-year-old was stabbed in Rusthof on Wednesday.

It’s alleged that the victim was attacked for his cellphone.

“According to our reports, police members responded to a stabbing incident and with their arrival, they found the victim in the road with a stab wound to the chest. The victim was declared deceased by the paramedics. The investigation [later] led police to the arrest of three suspects, a female – aged 34 and two males – aged 34 and 36.” – Frederick Van Wyk, Western Cape Police spokesperson