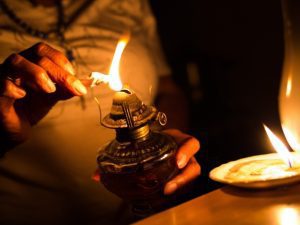 Eskom has ramped up the rolling blackouts on Wednesday.

This is due to further breakdown of four generation units in the early hours of this morning.

Stage 2 load shedding started at 10h00 and will continue through until midnight.

Eskom says from Thursday Stage 2 will be extended from 05h00 until midnight for the rest of the week.

The ailing power utility implemented power cuts from this past Monday, but only between 17h00 and 22h00 in the evenings.

Eskom spokesperson, Sikonathi Mantshantsha, says it’s possible that the situation will persist in the coming weeks.

“There is a likelihood that the stage of loadshedding might need to be increased during the evening peaks. Eskom will continue to closely monitor the system, adjust and communicate any changes as may be necessary. Eskom cautions the public that as the shortage of generation capacity persists, the system will continue to be constrained with an elevated risk of loadshedding over the coming weeks”.

Another police officer gunned down in Cape Town