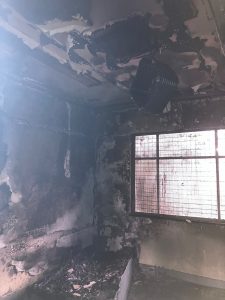 Matzikama fire fighters responded to scene at about 03h00 on Sunday the 29th of May.

Fortunately, no injuries have been reported, and the cause of the fire is unknown at this stage.

Health and Wellness MEC Dr Nomafrench Mbombo is expected to visit the facility on Wednesday.

Allen: PAGAD is not the answer