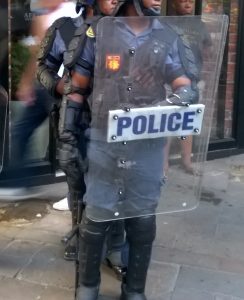 Gang violence has escalated in Manenberg after six people — including two women — were shot and wounded.

The victims were shot by unknown people in Duinefontein Road, in the early hours of Monday morning.

The police’s Frederick van Wyk says the victims have been taken to the hospital.

Meanwhile, members of the Anti-Gang Unit and other units have been deployed to Manenberg and Heideveld amid ongoing violence.

This is in a bid to bring calm and stability to the volatile situation in these areas.

Over the past week – several people have been shot and wounded – including an alleged leader of the Hard Livings gang.

The community of Manenberg is threatening to keep their children away from school, saying they might be caught the gang cross fire.

MEC Allen “No stone must be left unturned”