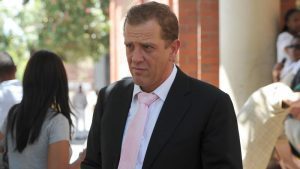 Sizwe Biyela, Nkosinathi Khumalo and Vuyile Maliti have been charged with the murder.

The defence lawyer was gunned down, while dropping off his children at a Green Point school in October 2018.

His eight-year-old son was injured, while his daughter was unharmed.

The suspects are also facing two counts of attempted murder and the illegal possession of a firearm.