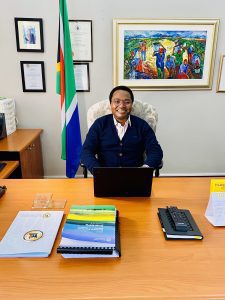 Some opposition parties in the Western Cape have weighed in on fraud and corruption allegations against Speaker of the Provincial Legislature, Masizole Mnqasela.

The allegations are related to subsistence, travel and entertainment allowance claims from Mnqasela.

His party, the DA, has handed over the documents containing the allegations to the Hawks for investigation.

It’s alleged that senior members of the party want Mnqasela to resign from his position.

The ANC’s Cameron Dugmore says the party must allow due process to follow.

Meanwhile, the Good Party’s Shaun August is accusing the DA of being selective when taking action against its members.