I think the key story is beginning to be wallpaper , to disappear into the background- and it really, really shouldn’t be.

Moreover, this active case load takes us back to June/July – the peak of the pandemic.

The highest point of known active cases was 17,612 in mid-July (that was the number released om the 11th)

We’re at almost 90% of that peak – and rapidly closing. The active case load is up by nearly half in a week.

There is every chance that we could mirror the international experience and have a worse time in the second wave.

We don’t do that unconsciously.

The media is often accused of manufacturing consent.

And that is what we are doing on this issue.

For those who are skeptical of the entire question of the pandemic – rest assured that we’re not just following the politicians lead on this.

In fact, we’re openly questioning many aspects of the response.

But we’re also following the science.

What we want to achieve by way of collective consent and collaboration is a space where the basic protocols are being followed.

Nothing more – but equally nothing less.

It’s the social distancing, the wearing of masks, and general sanitising that are the key components of slowing the spread down.

There are political players who can’t be seen to be doing nothing.

There are people with vested interests and hidden agendas who want a return to restricted movements, and retail.

And if we want to disarm them: there’s You and I – and our capacity to just follow the basics.

I don’t want it to go beyond that: just building in social distancing is already a huge disruption.

So the main take-out is that the second wave is here; it’s busy happening – and we need to find the intellectual energy to take it seriously. 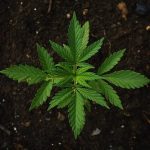