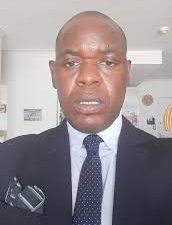 This week saw jail sentences handed down to a man who was hired to throw a grenade at slain detective Charl Kinnear’s home.

And the new Western Cape Hawks head, Major-General Mathipa Makgato, says he intends to see more people facing the consequences of their crimes.

He was appointed to the office in March – but Makgato has been in the Cape since 2020; on active duty as a senior detective. He says he’s committed to ensuring that high-profile cases in the provinces are finalised in the courts. Makgato has identified that as the key to bringing drug lords and extortion kingpins to book.

The Hawks are investigating several major cases – including that of alleged underworld leader, Nafiz Modack. Next week it will be a year since he was arrested for his involvement in the murder of Kinnear. During his time on the ground here, that was one of several inter-linked cases the general worked on.

Makgato says the Hawks want to ensure that the citizens are protected from criminal activities. And one of his main objectives is to create a good relationship with communities.

If there’s trust in the police, then community members won’t be afraid to come forward because they won’t be afraid of exposing themselves to the gang members. Our main goal is also to protect communities as possible as we can, until the finalisation of cases in courts.