After more than a decade, the N2 Gateway Housing Project is finally complete.

The MEC for Human Settlements, Tertius Simmers, has handed keys to the final group of beneficiaries to move into their brand new homes.

The ambitious scheme in Crossroads, near Nyanga, was designed to take in people from five informal settlement areas.

It hit several snags along the way, including a number of fights between beneficiaries about who qualified to receive homes — and when in the process they would each get to benefit.

But now, the last group of nearly one-thousand-five-hundred beneficiaries has finally got to be homeowners.

Simmers wished the community well at the handover.

“This marks the end of what has been a challenging, yet fulfilling journey, as we have successfully assisted qualifying beneficiaries. I would like to extend my gratitude to all stakeholders, particularly the contractors and communities, for ensuring the handovers could occur. I would like to wish all the residents of this new community well, as they forge a new legacy.” 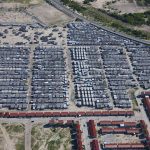 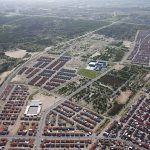