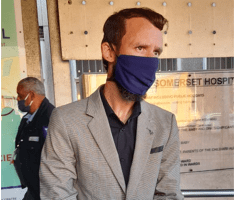 A call has been made for the improvement of crime intelligence to help deal with ongoing group killings in the Western Cape.

This is after four people were gunned down at a Supermarket in Site B, Khayelitsha on Tuesday night.

The suburb has seen a spate of group killings over the past months.

In fact, from March until June the 6th at least 26 people have been murdered in mass shootings in Khayelitsha alone.

The motive for Tuesday’s shooting is unknown at this stage.

But Allen says this is a clear failure of crime intelligence.

“I’ll once again engage the SAPS Provincial Commissioner, Lt Gen Thembisile Patekile, about how they are attending to this matter, as this cannot continue in this manner. Although we’ve seen arrests in some of the other shootings in Khayelitsha, it seems as if criminals think the area is a free-for-all and they can do as they please”.